We are Open For Mail Order – COVID-19 Statement 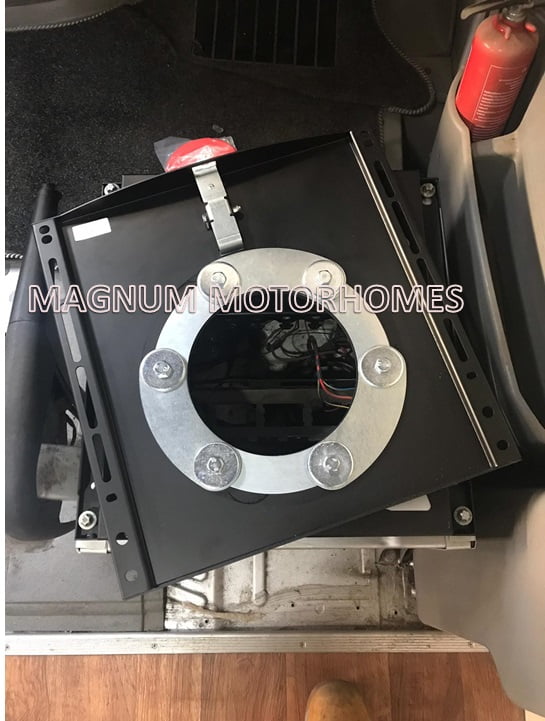 A relative easy process on our van, we simply slid the seat all the way forward to expose the rear bolts, removed them, we then slid it back to expose the front bolts and removed them (keep hold of the existing bolts you are going to need them!)

Our seat was then loose and we could simply lift it off, our particular van had the seat belt attached to the seat so it could not go far but was able to move out of the way for the next stage 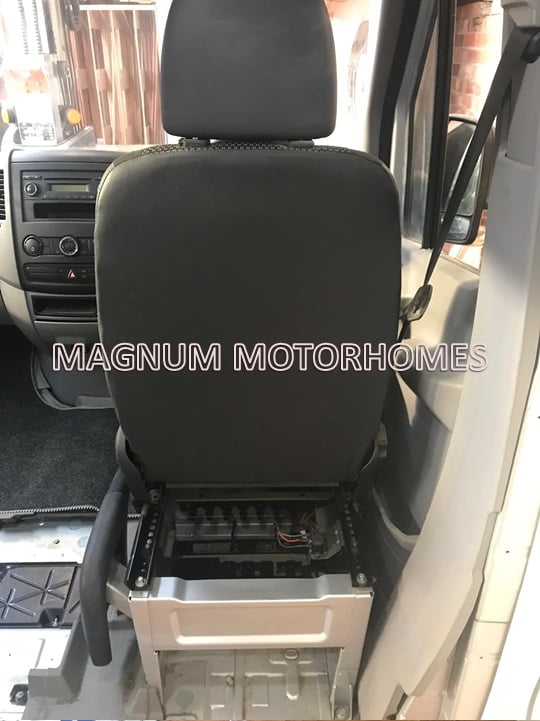 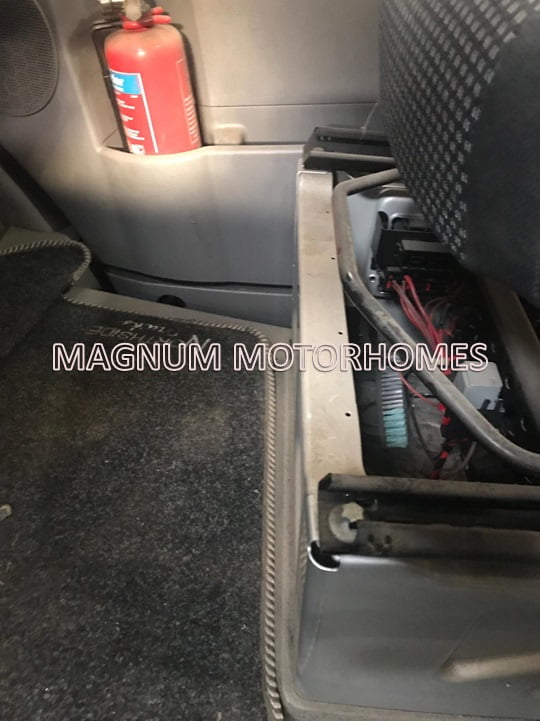 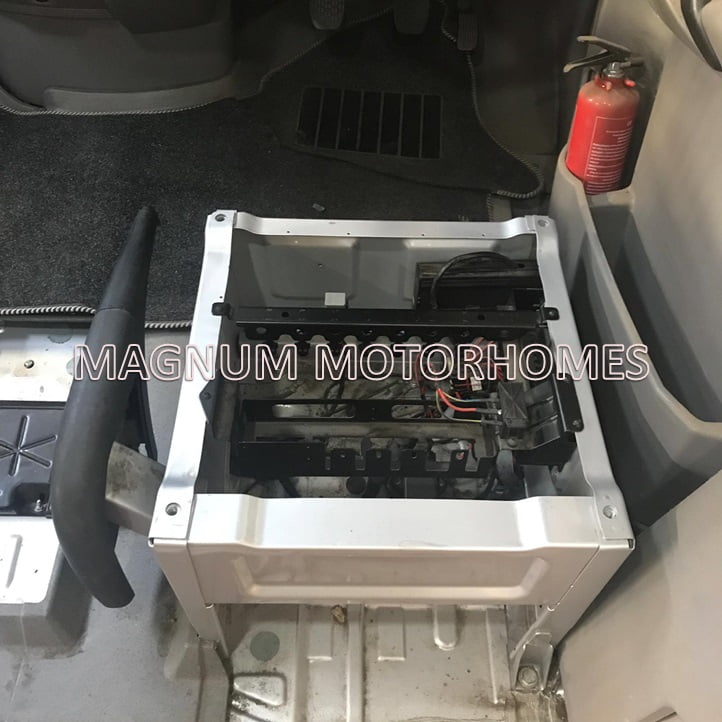 We opened the box and laid out the contents to make sure we had everything, this swivel will fit vehicles from 2006 right up to current date on both the Sprinter & Crafter vans. 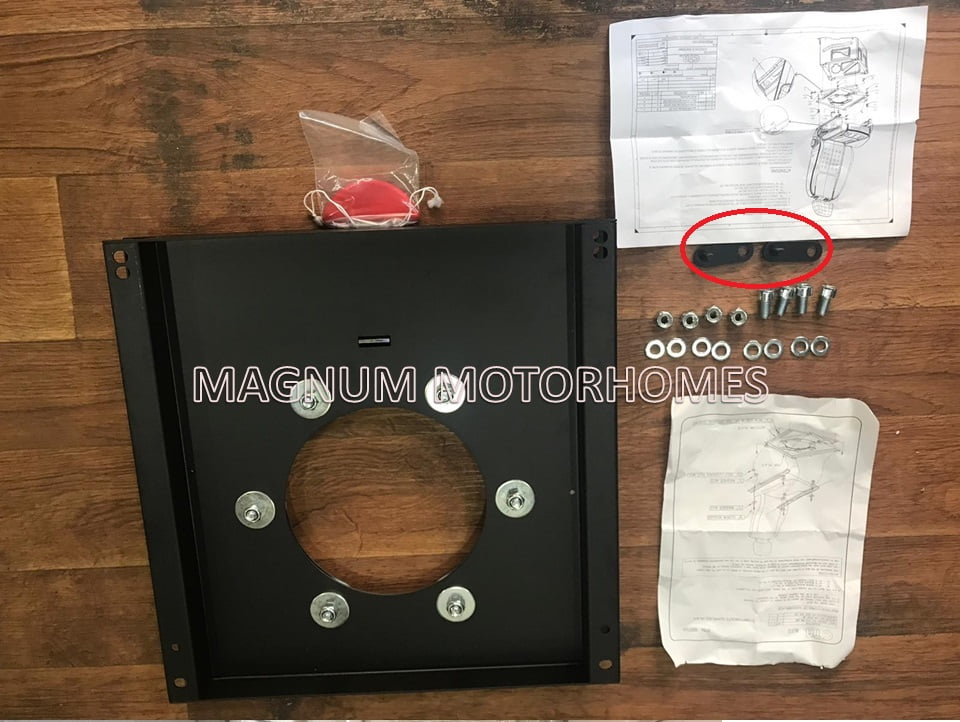 The next stage was to position the seat back onto the top half, use the new bolts, washers and nuts supplied to secure the seat to the swivel plate

We inserted the bolt through bottom of the swivel plate, through the holes on the seat and put the nuts on top, we hand tightened them first to make sure all was OK

We had to turn the plate slightly to get access to each of the 4 corner holes easily, once we were happy everything fitted well we tightened the nuts and bolts 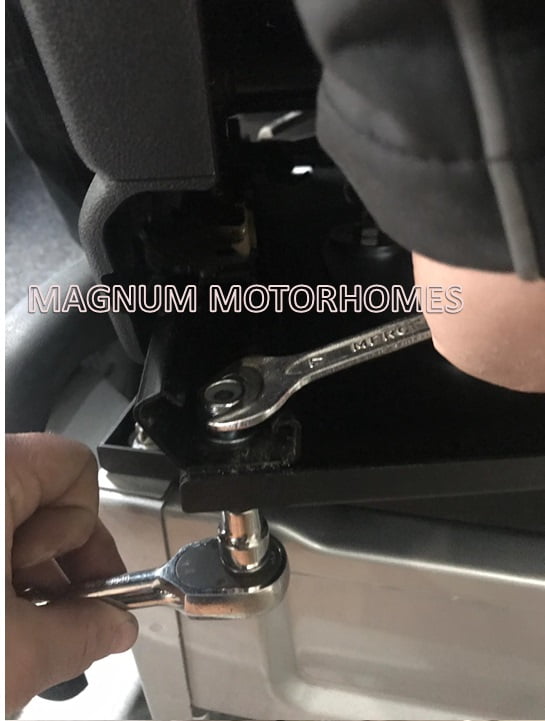 For most this would be the end of the installation, however our particular chair had some nice decorative trims down either side and although the seat did work with these trims on, they did rub slightly on the handbrake and the swivel plate

We made the decision to cut these off, there was a perforated section about half way up which we were able to cut with a Stanley knife, it did expose the workings of the seat slightly and if this was not a display van we would have perhaps cut slightly less off 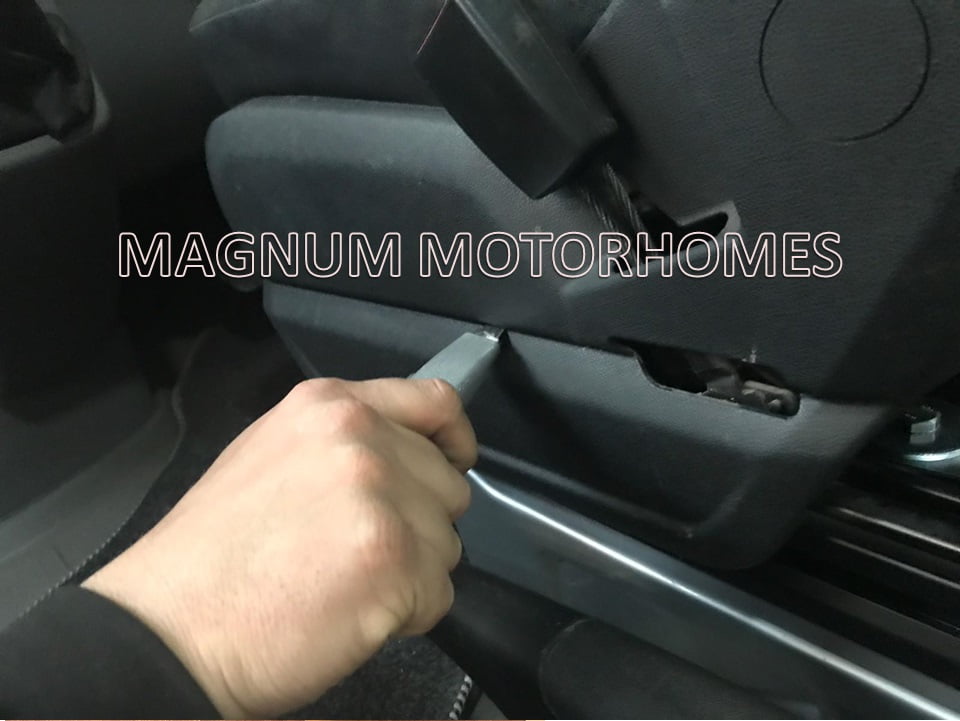 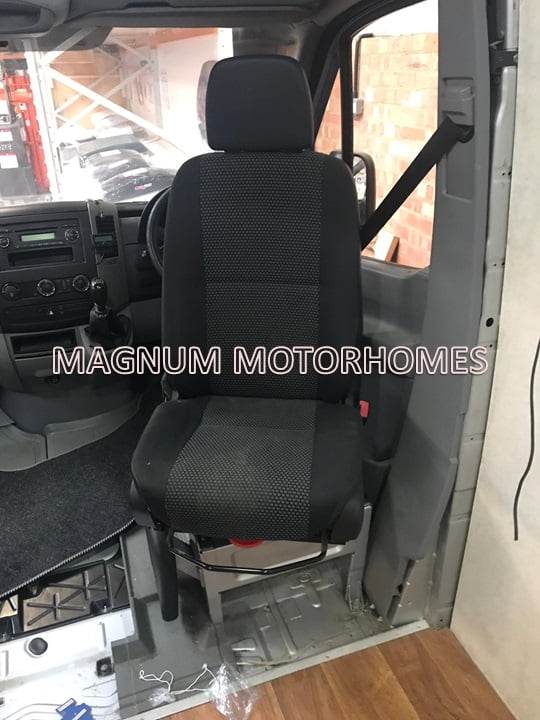 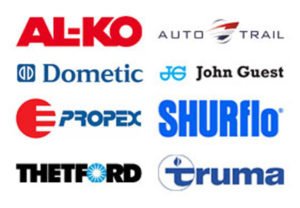 We do hope all our customers will understand that we have had to make the following changes to our business:

For the latest information and advice on COVID-19 please refer to the latest updates by the UK government.